Credit: Reuters/Andrew Winning By Matt Scuffham LONDON | Wed Sep 11, 2013 2:43pm EDT LONDON (Reuters) – Britain’s competition regulator has approved plans by Lloyds Banking Group (LLOY.L) to sell 631 branches, potentially clearing the way for the government to start selling its shares in the bank this week. Lloyds must sell the branches, which it has re-branded TSB, as a penalty for receiving a 20.5 billion pound ($32.4 billion) bailout during the 2008 financial crisis, which left Britain holding a 39 percent stake. The Office of Fair Trading (OFT) said on Wednesday it was happy with Lloyds’ plans, provided it strengthens TSB’s balance sheet prior to a sale of the business next year. The OFT’s backing will remove uncertainty and help clear the way for the government to start selling its shares in the bank, sources with knowledge of government thinking said on Wednesday. Lloyds said it would make changes to enhance TSB’s profitability by over 200 million pounds ($316.27 million) in its first four years. It will also hand TSB 40 million pounds to help it attract customers and develop its branches. The government is keen for challengers to emerge to break the dominance of its biggest four lenders which control about three-quarters of retail accounts. “This government is getting on with the biggest overhaul of our banking system for a generation, and more competition is a key part of our vision for the future,” UK Finance Minister George Osborne said in a statement. Sources have said it is considering selling around a quarter of its 39 percent stake – worth about 5 billion pounds. The OFT also said on Wednesday that plans by RBS to sell 315 branches would result in a credible lender to small businesses with sales of between 1 million and 25 million pounds. The OFT expects the business will have the ability to compete and grow over time and has not recommended any changes to the plan. RBS is selling the branches, codenamed “Rainbow”, as a penalty for its 45.5 billion pound bailout during the crisis, which left Britain with an 81 percent shareholding. OFT backing will enable RBS to proceed with its sale plan. Sources familiar with the sale process said it has a shortlist of three bidders, with separate consortia led by private equity firms Blackstone (BX.N) and Corsair the favorites. “We are confident that the Rainbow bank will increase competition and choice for households and small businesses in Britain.

News Natalie Simon 11 hours ago . View gallery Trade Not Aid Between SA and UK Cape Town Cabinet Ministers from the United Kingdom and South Africa have agreed to prioritise greater trade between the two countries. In the tenth South Africa UK Bilateral Forum held in Cape Town this week an agreement was made to not only boost trade though the SA-UK Business Council but also to grow the pool of South African entrepreneurs. We want to redouble our efforts to expand trade, said UK Secretary of State for Foreign and Commonwealth Affairs William Hague at the event. Ministers in attendance agreed to work to doubling trade levels between the two countries by 2015. We are still committed to doubling our trade targets by 2015, although the financial crisis has put a dampener on our plans, said SA International Relations Minister Maite Nkoana-Mashabane. We were hoping the green shoots would be green plants by now. We havent moved at the speed we anticipated because of global economic challenges. The idea of running a bilataral youth forum to boost youth entrepreneurship was also touted. It was suggested that such a forum be run parallel to the SA-UK Business Council. Earlier this year the UK International Development secretary Justine Greening said they would be cutting the aid programme to South Africa from 2015. According to a report on Polity.org.za the UK is South Africas 7th largest export market and the largest source of foreign direct investment. Both Hague and Nkoana-Mashabane agreed that their respective countries shared close and deep relations, which they intended to entrench further. The bilateral forum focused on issues ranging from boosting trade and investment to the sensitive issue of visa requirements. South Africa is pushing hard for South Africans to return to a visa free status when visiting the UK, but according to reports the UK government are unwilling to budge on this issue. Image Source: GCIS Maite Nkoana-Mashabane

British Chancellor George Osborne said on Monday that the UK economy has turned a corner and that its accelerating economy vindicated the government’s austerity programme. “While we’re really welcoming the change in atmosphere and certainly the UK lending environment has fundamentally changed, I’m not sure we’re there yet in calling a sustained economic recovery,” Kingfisher’s chief executive Ian Cheshire told reporters on Wednesday. “The critical indicator for us is not so much the forward indicators (such as mortgage approval data) it’s really what goes through the tills,” he said, noting an expectation of a six to nine months lag in any improvement to the housing market feeding through to do-it-yourself expenditure. He was speaking after the firm, which runs the B&Q and Screwfix chains in Britain as well as Castorama and Brico Depot in France, met forecasts with a 1.6 percent fall in first-half profits as a better second quarter was not enough to fully offset the impact of record cold weather in the first quarter. Cheshire said the outlook for the French market, Kingfisher’s biggest profit earner, was more uncertain than the UK, with its housing market and consumer confidence deteriorating. That fall reflected the firm’s cautious outlook and no return of cash to shareholders. Having released an exceptional provision of 145 million pounds relating to the resolution of a French tax case, Kingfisher ended the half with net cash of 259 million pounds. “As it stands at the moment we’re not calling any capital surplus,” said Cheshire, explaining there was still uncertainty over trading and a lack of clarity on future leases as the firm attempts to reduce B&Q’s space. Kingfisher, which trades from around 1,070 stores in nine countries in Europe and Asia, is the world’s third-biggest home improvements retailer behind U.S. groups Lowe’s and Home Depot. It has offset weak demand in many of its markets with a drive to improve profitability by buying more goods centrally, and directly, from places like China. Cheshire said the firm would continue to focus on internal initiatives to drive growth, profit margins and cost savings. “Investments in stores, a focus on value and the continued development of ranges and services put it in a strong position to take advantage of the upturn, when it eventually materialises,” said analysts at Conlumino. Kingfisher made an underlying pretax profit of 365 million pounds in the six months to August 3 – in line with the average of analysts’ forecasts according to a company poll, but down from 371 million pounds in the same period last year.

Trade Not Aid Between SA and UK 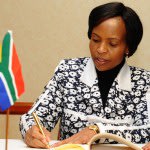 Afzal insisted on Wednesday that each case was assessed on its own merits, regardless of whether a suspect had a high profile. “I absolutely detest this word ‘witch-hunt’. It is not a witch-hunt,” he said. “We look at the evidence. We follow the evidence. We present the evidence.” “I am not shy about pursuing these type of cases and will continue to do so,” he added. “The vast majority of child sex abusers are not your public figures… and they cannot be allowed to get away with it because of some discourse about ‘This is some kind of campaign’ that is following what happened with (Jimmy) Savile… or whoever it may be.” Afzal said he himself had been spoken of as a “celeb hunter”. “I don’t even know what a ‘celeb hunter’ is,” he said. “Nobody should be above the law in this country.” Speaking of the Le Vell trial, actor Ken Morley, who played supermarket manager Reg Holdsworth in “Coronation Street”, told the Daily Mail: “There was never any physical or forensic evidence or psychiatric report. “I think it will make people revise their attitudes and realise there has been an element of hysteria.” Le Vell’s aunt, Pat Gallier, told the same newspaper: “The police seem to be arresting celebrities and accusing them of child sex offences without seeming to check if there’s enough evidence.